← back to
Frontier Records
Get fresh music recommendations delivered to your inbox every Friday.
We've updated our Terms of Use. You can review the changes here. 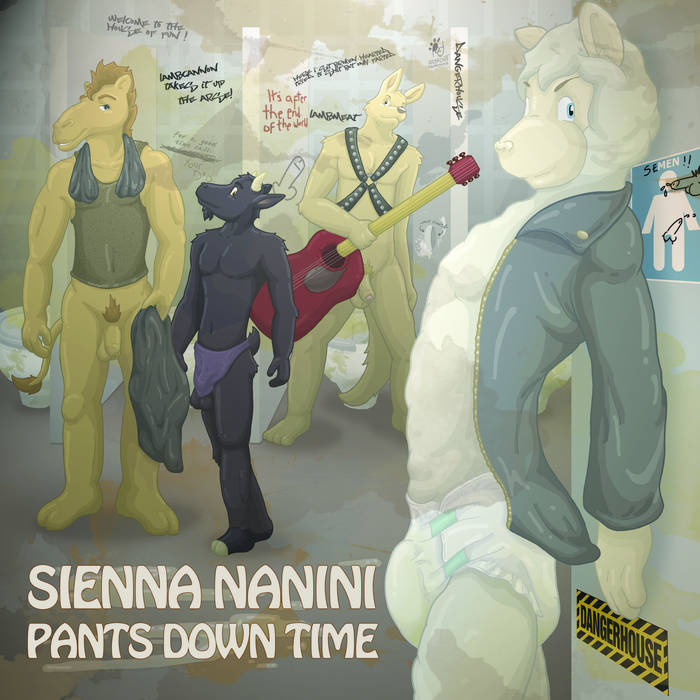 By the way, who did you get to draw the cover? Favorite track: Book of Mormon.

After Wall of Voodoo flamed out and failed to get new bands or liver transplants, percussionist Joe Nanini (the first drummer to combine live and e-drums in recorded and live punk) made an LP in the late 1990s on his way to buy some more heroin in Koreatown. Calling on old friends Billy Bass Nelson (he of pre-Bootsy Funkadelic), multi-sax/reed Hollywood genius Spyder Mitellmann, proto-punk KK Barrett of the Screamers, Rhino 39 superstars Jason Scharback and Larry Parrott, as well as the undead, unmatched Dangerhouse Records production team, all these souls spewed forth a sound that couldn’t be repeated in public, and never was, as band members kept dying more quickly than they could be replaced. Deep shit to say the least, and its lyrical quiescence should be completely thawed before fundamental assimilation, as the instrumentals contain no words. As a special down-low bonus, the cover art is Joe’s homosexual cartoon animal salute to the original Beggar’s Banquet LP sleeve. Why release this record now? Cuz everything else is such unlistenable, boring trash! Pants Down Time is a forgotten, raw slab of vinyl whose time has (perhaps) finally arrived! Sienna Nanini, Joe’s vision of a questionable pre-recorded, neo-Eurotrash band with limp wrists and ponytails, wraps a unique, densely-mixed screech around your head. No-core collectors should scratch themselves with wonderment as this is the first release of new material on the original Dangerhouse label since 1979!!! Whatever!

Bandcamp Daily  your guide to the world of Bandcamp

Frayle's Gwyn Strang and Sean Bilovecky join the show to talk about their cathartic new album.